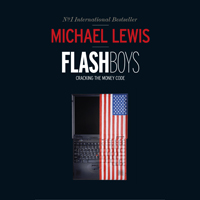 . If you thought Wall Street was about alpha males standing in trading pits hollering at each other, think again. That world is dead.

Michael Lewis writes that, before he began working on Flash Boys

, his dazzling, trouble-making new work of reportorial storytelling, he summons that sweet old image of a trading floor full of screaming brokers, slamming telephones and hysteria-inducing ticker tape. Picture that, he suggests. And then forget it, because it’s gone.

describes the surreal-seeming technology that replaced it. And it also explores the breakup of big, central stock exchanges into many small ones; the impossibility of investors’ knowing exactly what is being done with their money; and the immense new opportunities for skimming, kickbacks, secret fees and opacity that the new system has spawned.

Now, the world’s money is traded by computer code, inside black boxes in heavily guarded buildings. Even the experts entrusted with your cash don’t know what’s happening to it. And the very few who do aren’t about to tell – because they’re making a killing.

This is a market that’s rigged, out of control and out of sight; a market in which the chief need is for speed; and in which traders would sell their grandmothers for a microsecond.

Michael Lewis Flash Boys’ first illustration of high-frequency trading depicts the kind that can transmit stock market information from New York to Chicago and back in one-tenth of the blink of an eye and has divided the world of stock traders into the haves and have-nots, depending on what speeds they can afford. 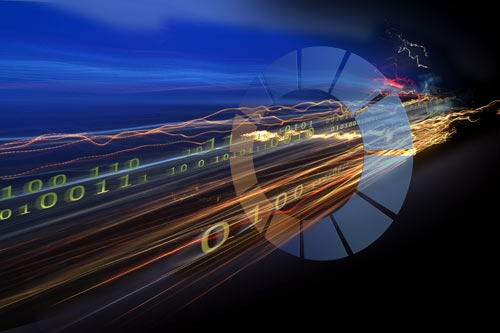 It involves the stealthy building of an absolutely straight tunnel to run a fibre-optic cable through the mountains of Pennsylvania. The firm building the tunnel calls itself Spread Network, and the job is monstrous. Huge mountains need to be drilled through. Every small town needs to grant permission. No one can know what the tunnel is for, and the cost of the digging is beyond astronomical. But it was thought to be worth it because milliseconds could be worth huge fortunes if properly and secretly manipulated. With the story of the cable, Flash Boys

inspires both awe and horror at the same time.

Michael Lewis Flash Boys details the explosive story of how one group of ingenious oddballs and misfits set out to expose what was going on. The small group of Wall Street guys figure out that the U.S. stock market has been rigged for the benefit of insiders and that, post-financial crisis, the markets have become not more free but less, and more controlled by the big Wall Street banks. Working at different firms, they come to this realisation separately; but after they discover one another, the Flash Boys

band together and set out to reform the financial markets. This they do by creating an exchange in which high-frequency trading—source of the most intractable problems—will have no advantage whatsoever. It’s the story of what it’s like to declare war on some of the richest and most powerful people in the world. It’s about taking on an entire system. And it’s about the madness that has taken hold of the financial markets today.

are fabulous, each completely different from what you think of when you think “Wall Street guy.” Several have walked away from jobs in the financial sector that paid them millions of dollars a year. From their new vantage point, they investigate the big banks, the world’s stock exchanges, and high-frequency trading firms as they have never been investigated, and expose the many strange new ways that Wall Street generates profits.

The light that Michael Lewis Flash Boys shines into the darkest corners of the financial world may not be good for your blood pressure, because if you have any contact with the market, even a retirement account, this story is happening to you. But in the end, Flash Boys

is an uplifting read. Here are people who have somehow preserved a moral sense in an environment where you don’t get paid for that; they have perceived an institutionalised injustice and are willing to go to war to fix it.

Because Michael Lewis Flash Boys is at the helm finding clear, simple metaphors for even the most impenetrable financial minutiae, this tawdry tale should make sense to anyone and everyone. And so should its shock value. You won’t believe it until you’ve read it.

In summary, this High-Frequency Trading book tells the riveting story of how detective work has cleverly exposed more and more dangerous flaws in the present market system. And now? Federal investigators and New York State’s attorney general have begun looking into whether such trading practices of market rigging ought to be monitored and regulated.

‘I read Michael Lewis for the same reasons I watch Tiger Woods. I’ll never play like that. But it’s good to be reminded every now and again what genius looks like’ – Malcolm Gladwell

“A beautiful narrative, so well-written. You’ve got to get this.” – Jon Stewart – The Daily Show

“Who knew high-frequency trading was such a sexy subject?” – Bloomberg Business Week

“Michael Lewis is one of the premier chroniclers of our age.” – Huffington Post

Backstage Wall Street: An Insider's Guide to Knowing Who to Trust...
Thomas Piketty Capital in the Twenty-first Century: our review
Scroll Up